In an upcoming book celebrating the 90th anniversary of Winnie-the-Pooh, the Hundred Acre Wood welcomes a new character to its cast: Penguin. 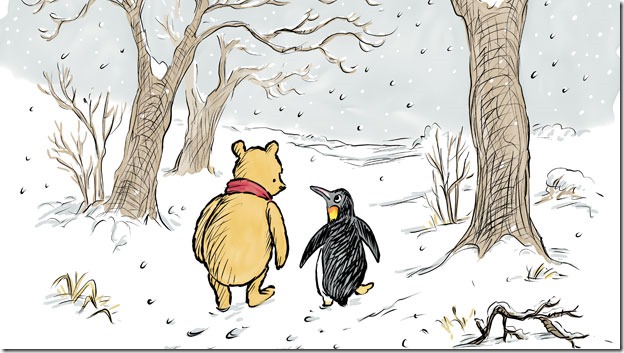 Pooh meets his new pal Penguin in a story titled “Winter: in which Penguin arrives in the Forest” by Brian Sibley. (illustration © Mark Burgess, The Best Bear in All the World )